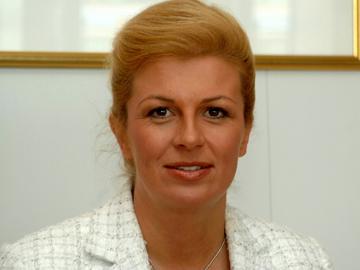 He congratulated Grabar-Kitarović on her appointment and invited her to visit Armenia this autumn.

The diplomats discussed the development of cooperation between NATO and Armenia in public diplomacy and raising public awareness of Armenia’s defence and security improvements and of the contribution of Armenian peacekeepers to NATO missions.

NATO Week annual events have been held in Armenia since 2007 and a NATO information centre has been functioning in Yerevan for four years. Ambassador Yedigarian invited Grabar-Kitarović to visit Armenia to attend this year's NATO Week.